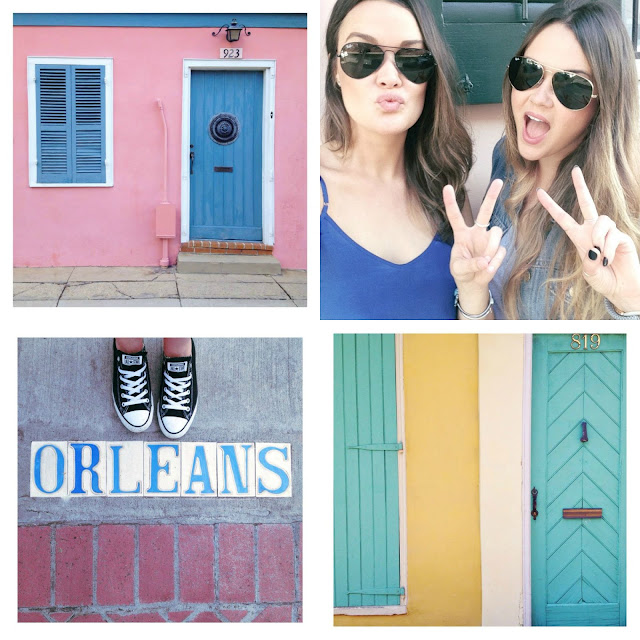 I
recently visited New Orleans, aka NOLA for the first time; I went with my traveling
companion, my sister Erin. We had such an amazing time, it was beyond all
that I had expected.  So let me tell you
a little about this amazing city but first I feel like I need to give you a bit
of a history lesson; normally I wouldn’t but New Orleans truly has one
interesting story, I promise it’s not boring, so read on : )

New Orleans is the largest city in the state
of Louisiana, located on the banks of the Mississippi River approximately 105
miles upriver from the Gulf of Mexico.

The French claimed the territory of Louisiana
in the 1690’s and New Orleans was founded in 1718. The city streets were laid
out in 1721 and many of the streets are named after the royal houses of France
and Catholic saints. Contrary to popular belief Bourbon Street is not named
after bourbon whiskey but after the Royal House of Bourbon, whose family
occupied the throne of France at the time.

In 1763 the colony was sold to Spain and in
1803 the Americans came in. The French and Spanish Creole people felt that the
Americans were uncultured and rough people; even though they were forced to do
business with them, they didn’t want them in their old city (the French
Quarter). Therefore Canal Street was built to create a division. Today when you
cross over Canal Street from the French Quarter to the Garden District you
notice a difference in architecture as well as a difference in street names-
all the “Rues” change to “Streets” and all the street names change. In the
French Quarter the homes are painted in a variety of bright pastel colors
similar to what you might see in many of the Caribbean islands and in the
Garden District the homes are more traditional colonial style homes. In the
late 18th century a revolt in Haiti brought a number of immigrants and refugees
to Louisiana. They were well-educated, skilled and made their presence in
politics and business.

Okay so that may be enough of a history
lesson for now, let’s get to why I loved this city so much. For starters it’s
just such a diverse city with so many different cultures and beliefs all mixed
together, the locals are very warm, friendly and welcoming. They have some of
the most amazing restaurants, serving up lots of seafood and southern
favorites. Bourbon Street though touristy is really fun, it’s so lively and
everyone is just there to have a good time. If you’re into Jazz it’s defiantly
the place to be!

If you’re a coffee lover you must visit Cafe
Du Monde and have some of their famous coffee with their beignets – they’re to
die for! Be careful not to get too distracted by the local Jazz singers and
musicians (they preform around the café) as I did and accidentally spill your
entire coffee into your tote bag!  If you
know me, this is not surprising!

If anyone has watched American Horror Story:
Coven, you may be interested in checking out some of the sites where it was
filmed. The Coven’s home “Miss Robicheaux’s Academy” aka Buckner Mansion is in
the beautiful Garden District and is one of the most beautiful Colonial Style
Mansions I’ve ever seen. You can also check out the Lalaurie Mansion aka Madame
Lalaurie’s old house. It is reportedly haunted and if you go on one of the many
ghost tours in New Orleans you will be sure to go there. Side note – speaking
of ghost tours, on one of my last posts I wrote about visiting Key West  and how I was too scared to go on one of
their ghost tours. Well I’m happy to say that I conquered my fear and went on a
ghost tour! Thank da lord my sister was with me because we were both SO freaked
out! Especially when we found out we were staying in not only a haunted hotel
but on a haunted floor! And yes some freaky things did happen but we didn’t
realize at the time it was most likely paranormal activity AHHHH!

I will say however that the tours are very
informative and factual; a lot of interesting history and gory things went down
in New Orleans! It’s one of the most haunted cities in the United States and
they have many “Ghost Hunters” visit each year to track what is going on. Not
all the stories are scary; some are actually sweet and funny- nothing like what
you see in most of the horror movies.  I
should also note my sister and I are wimps!

Another big thing in New Orleans is voodoo.
Now before you start getting all freaked out, stop! It’s not that scary and
unfortunately the movie industry has given it a bad rep since voodoo is shown
in such a negative light in so many horror movies – usually they’re actually
showing hoodoo in movies and TV shows not voodoo.  I’m always interested in learning about new
cultures and beliefs whenever I travel and I had always been interested in
learning more about voodoo and the culture and beliefs behind it. So we visited
the New Orleans Historic Voodoo Museum.

This is what we learned:

Most people that grow up in New Orleans are
brought up learning or just generally knowing about voodoo. The museum we
visited was founded by Charles Massicot Gandolfo who wanted a space for people
in New Orleans or visiting New Orleans to learn about voodoo; he wanted to
share his fascination with the world. When Charles passed away his brother
Jerry Gandolfo, a historian, took over the museum. My sister and I got to meet
Jerry and he took us on a tour of New Orleans. He taught us a bit about voodoo,
where it comes from, what voodoo is in New Orleans and about some of the
traditions that go on today.

Voodoo originated in the West African country
of the Republic of Benin and some people say voodoo is as old as Africa. The
West African word for spirit is voodoo. The people in Benin that practiced
voodoo at that time were people called the Fon.
In the 1720’s, the highpoint of the Trans-Atlanta African slave trade
started and Benin was near the center of what was called the Slave Coast.
During that time the first slaves that arrived in the United States arrived in
Louisiana from Benin and most of them were Fon.

Today there is no place in the United States
as closely associated with voodoo as New Orleans. Over the years and with
cultural integration voodoo in New Orleans has changed from what it was
originally. However it still remains the belief that spirits interact in all
affairs of day to day life.

There are many definitions and versions of
voodoo around the world and everyone has their own way of telling it. Basically
voodoo is a three tiered spiritual system based on God, spirits and ancestors.
The belief is in one God and creator but that he/she has retired and is in the
heavens mostly detached from everyday life. In New Orleans voodoo has always been
very connected to the Catholic Church and it has somewhat meshed together; many
of the voodoo sprits and Catholic saints are the same in New Orleans. Also, in
numerous Catholic churches in New Orleans the services are done by both a
catholic priest and a voodoo priest or priestess. A voodoo priest is also
called a doctor and a voodoo priestess is also called a queen.

One of the most famous women of voodoo is
renowned Voodoo Queen Marie Laveau. She was born Marie Catherine Laveau in the
early 1800’s of two biracial parents, one of whom was Creole. She grew up in
New Orleans and was welcomed in the Catholic Church where she often did some of
the rituals. Jerry Gandolfo describes her as a saint and many locals in New
Orleans that practice voodoo believe this to be true.  It is said Laveau had an open door policy and
was always there to help. Since Laveau has passed people still visit her tomb
in Saint Louis Cemetery No. 1 each year. It’s said that they knock on her tomb
and ask for their wish. Jerry Gandolfo told us that if our wish was pure of the
heart, it would come true; I hope mine does.

All in all I think New Orleans is one of the
most amazing places I have ever visited and would highly recommend it to
anyone. We met many people there who told us that they visited New Orleans at
least once a year, a true testament to their love of the city.

If you’ve been to New Orleans or plan on
going let me know in a comment. Thanks for reading! 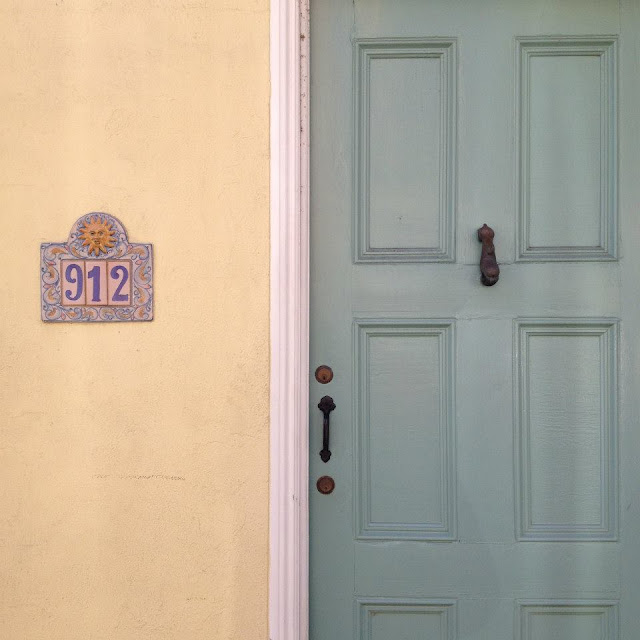 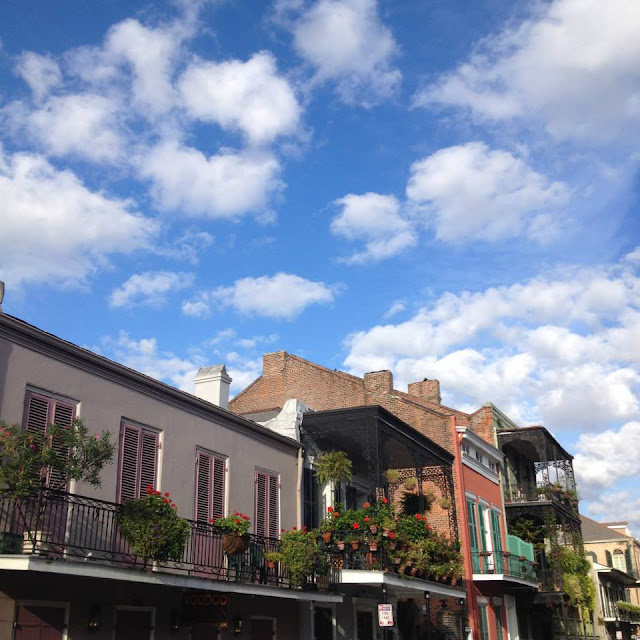 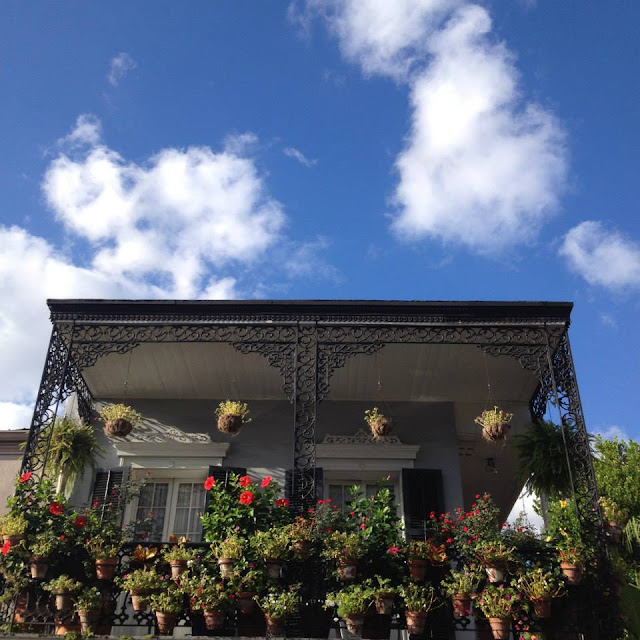 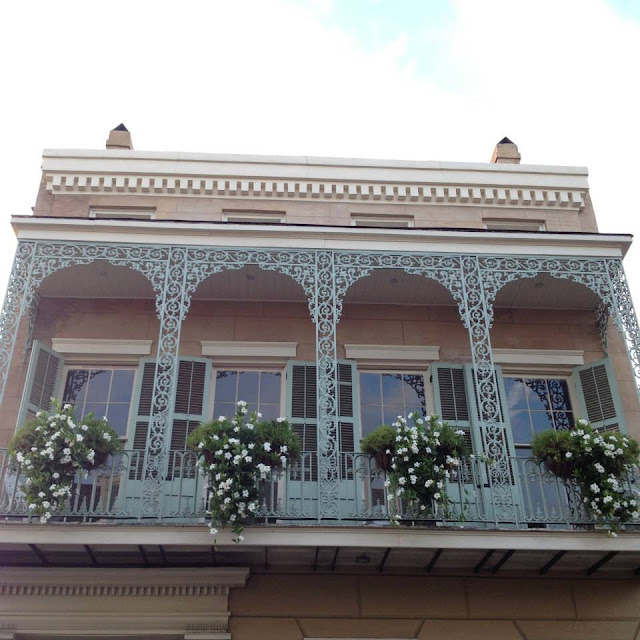 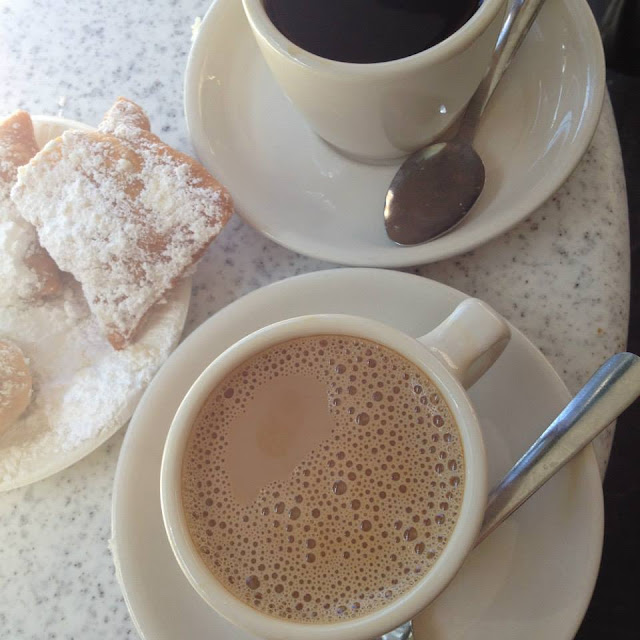 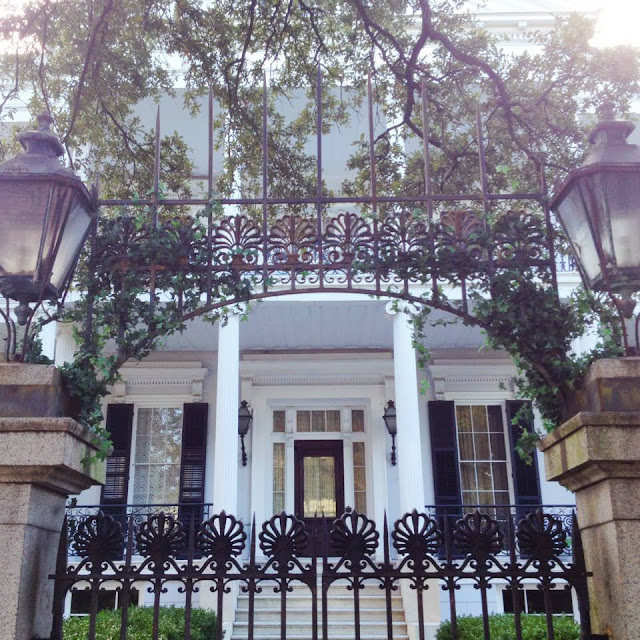 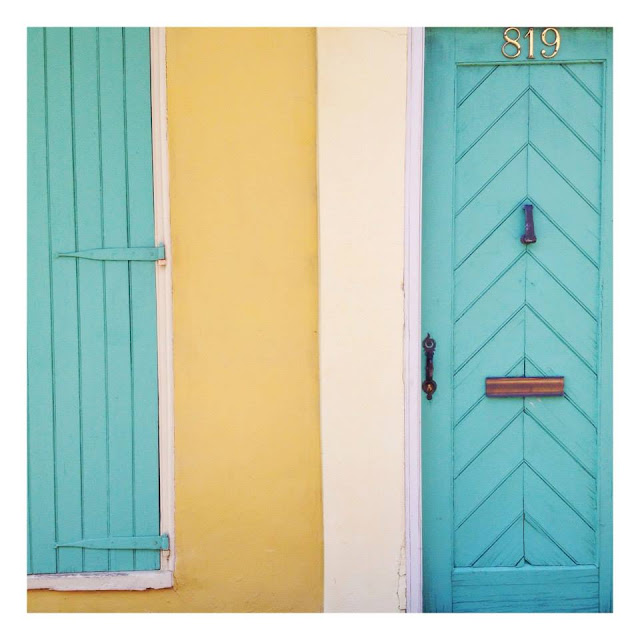 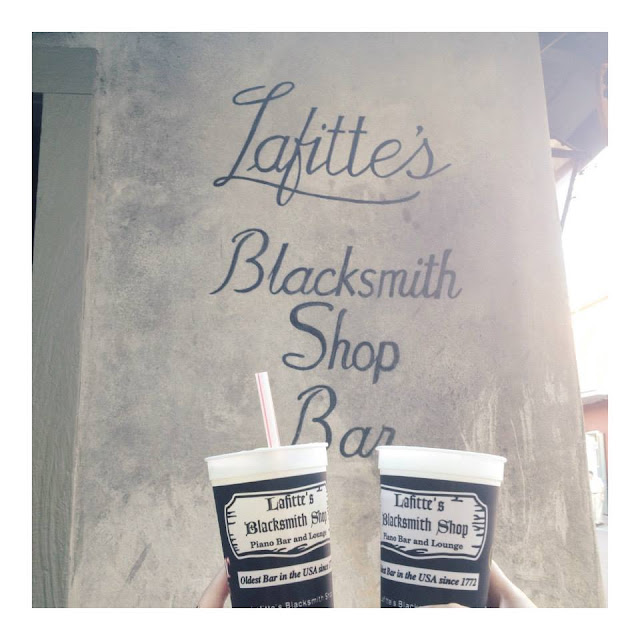 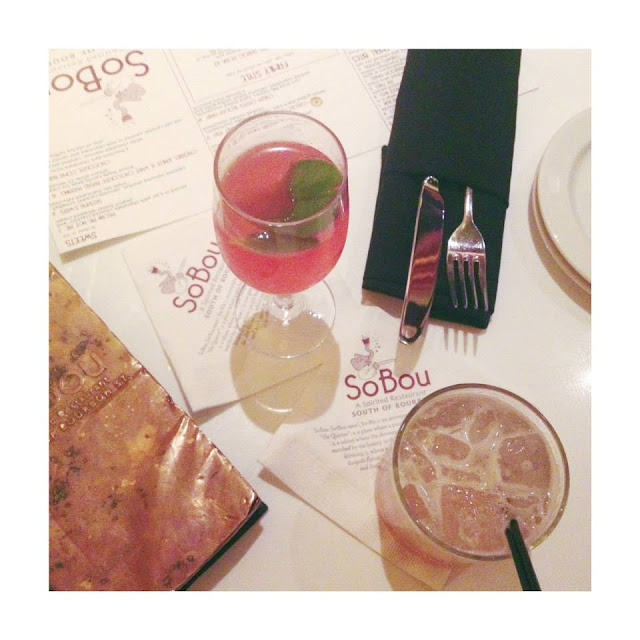 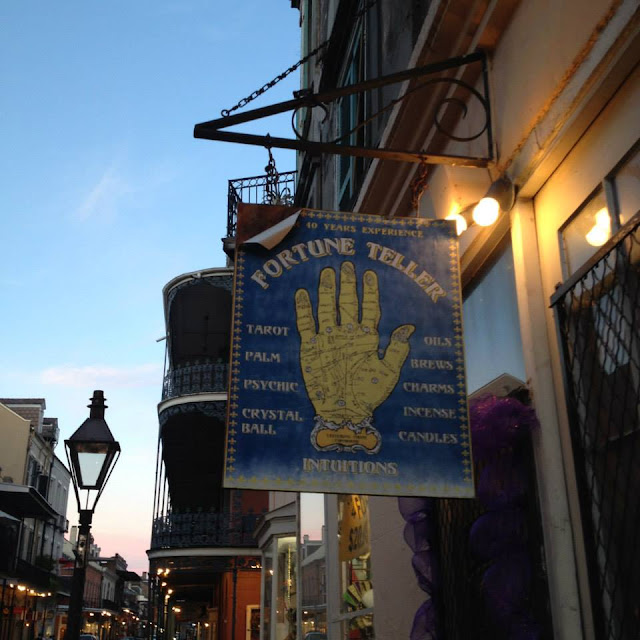 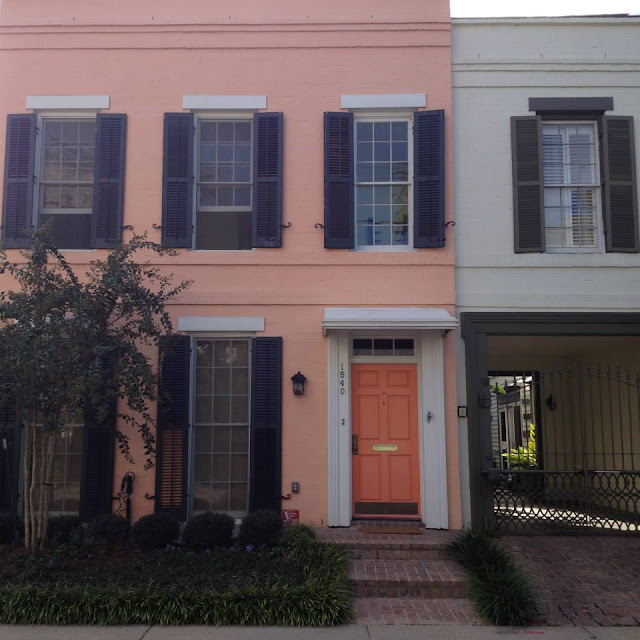 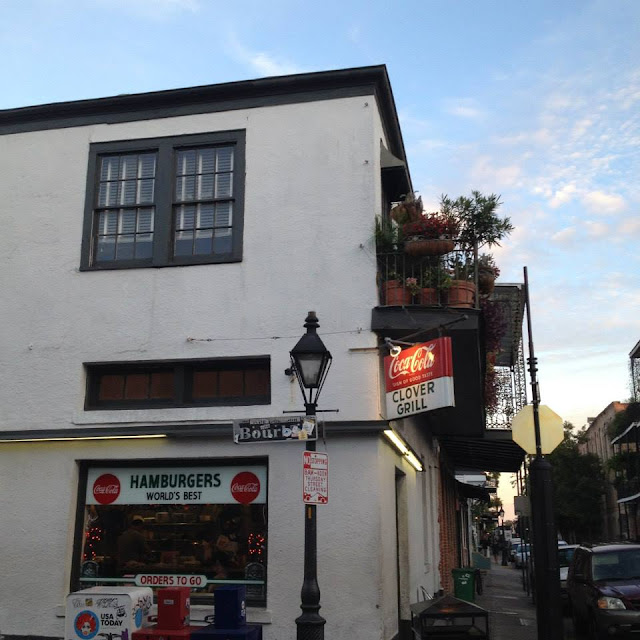 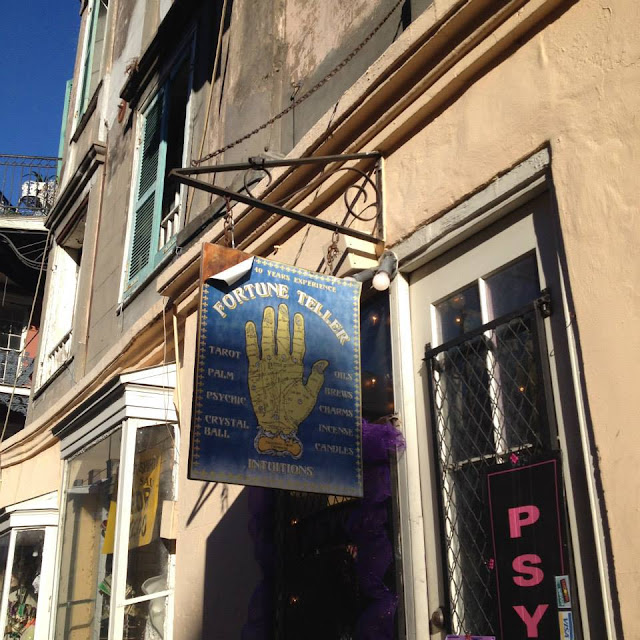 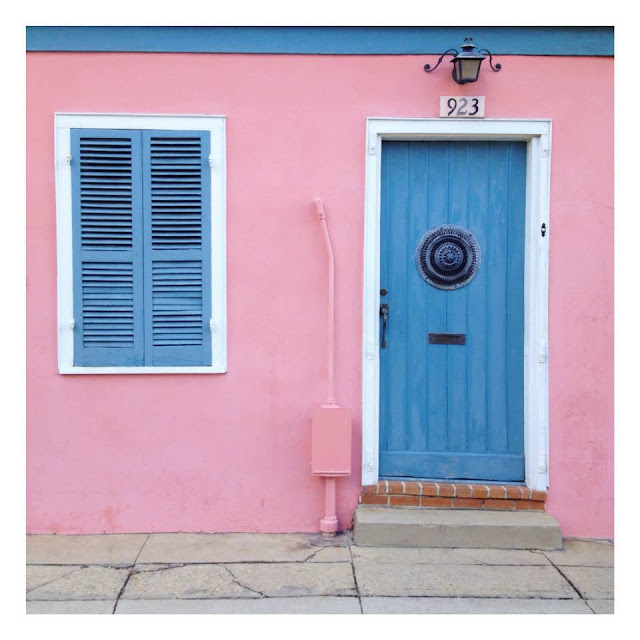 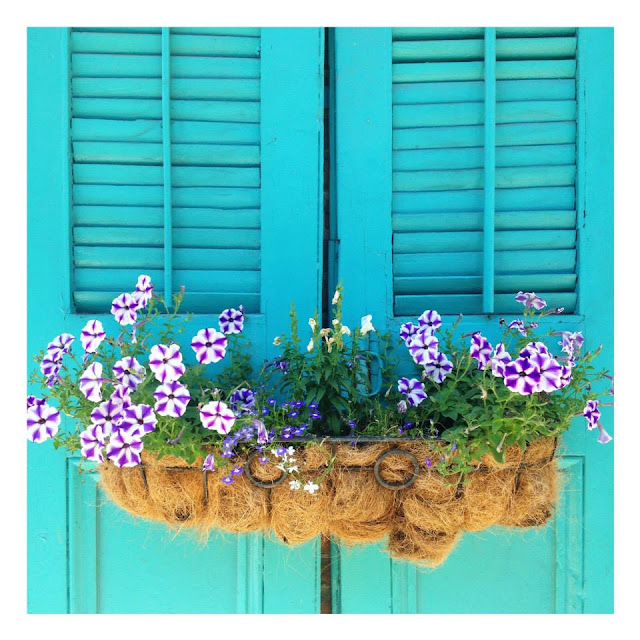 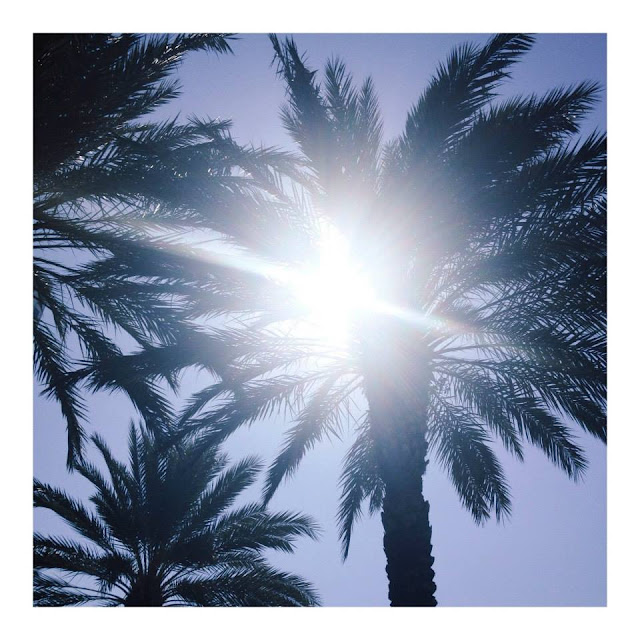 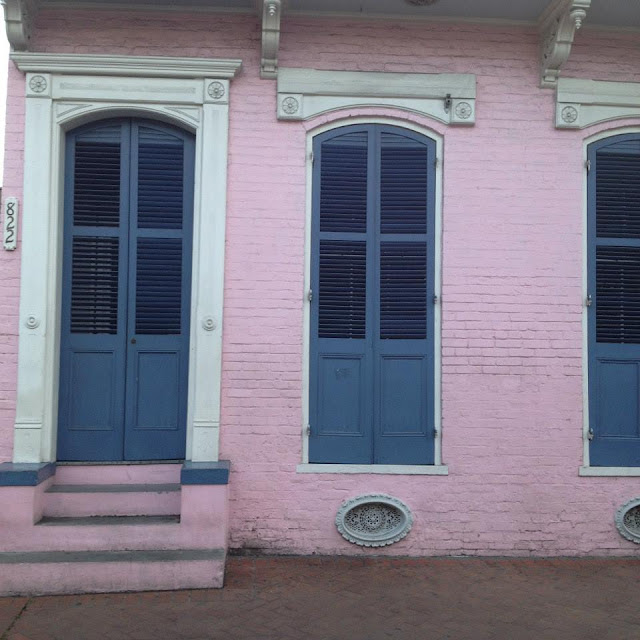 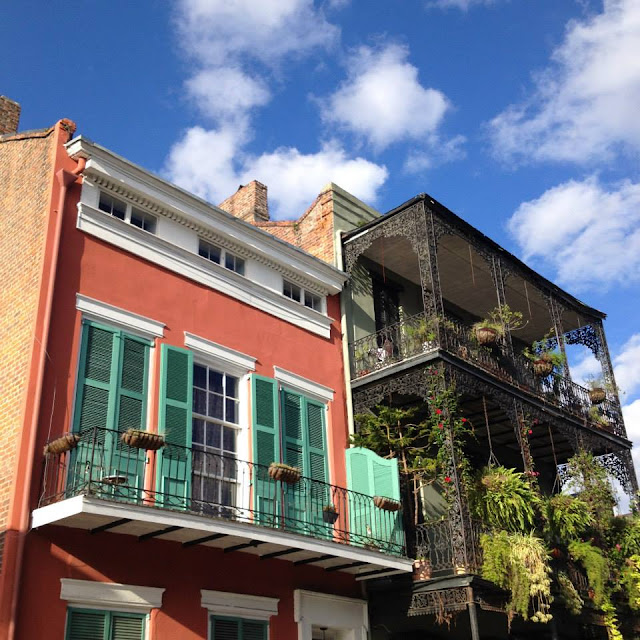 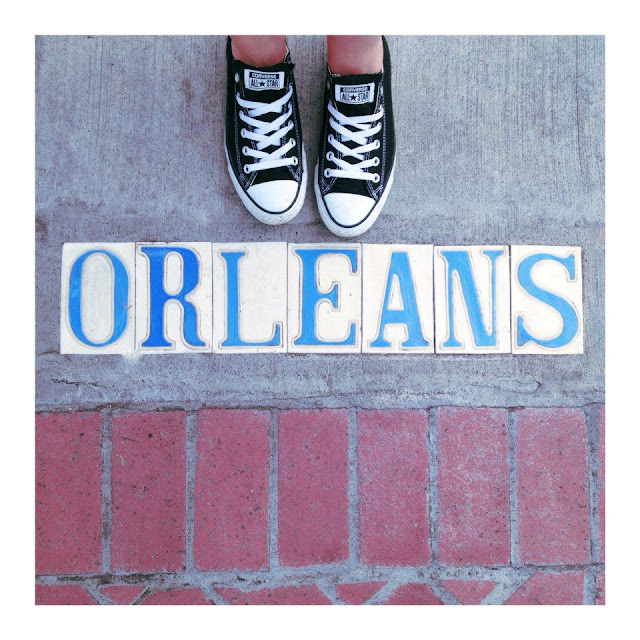 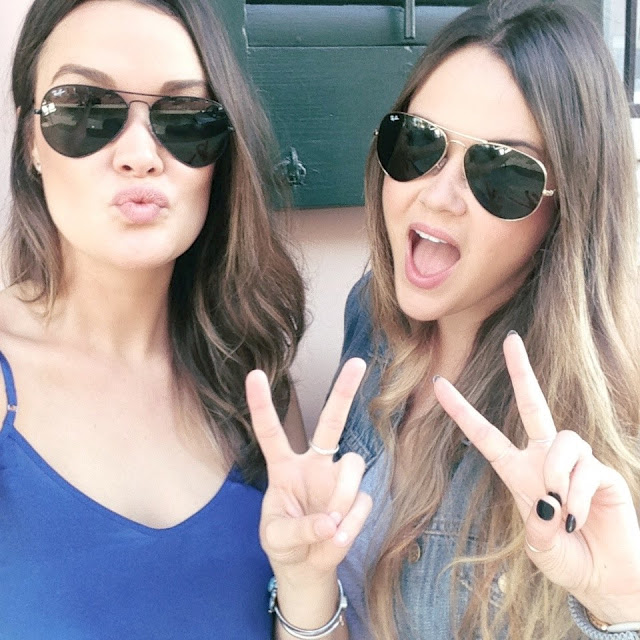 The TL Blog by Tara Leydon is a Lifestyle blog focusing on beauty, travel, style and home décor.

Thanks for stopping by & stay a while! xo